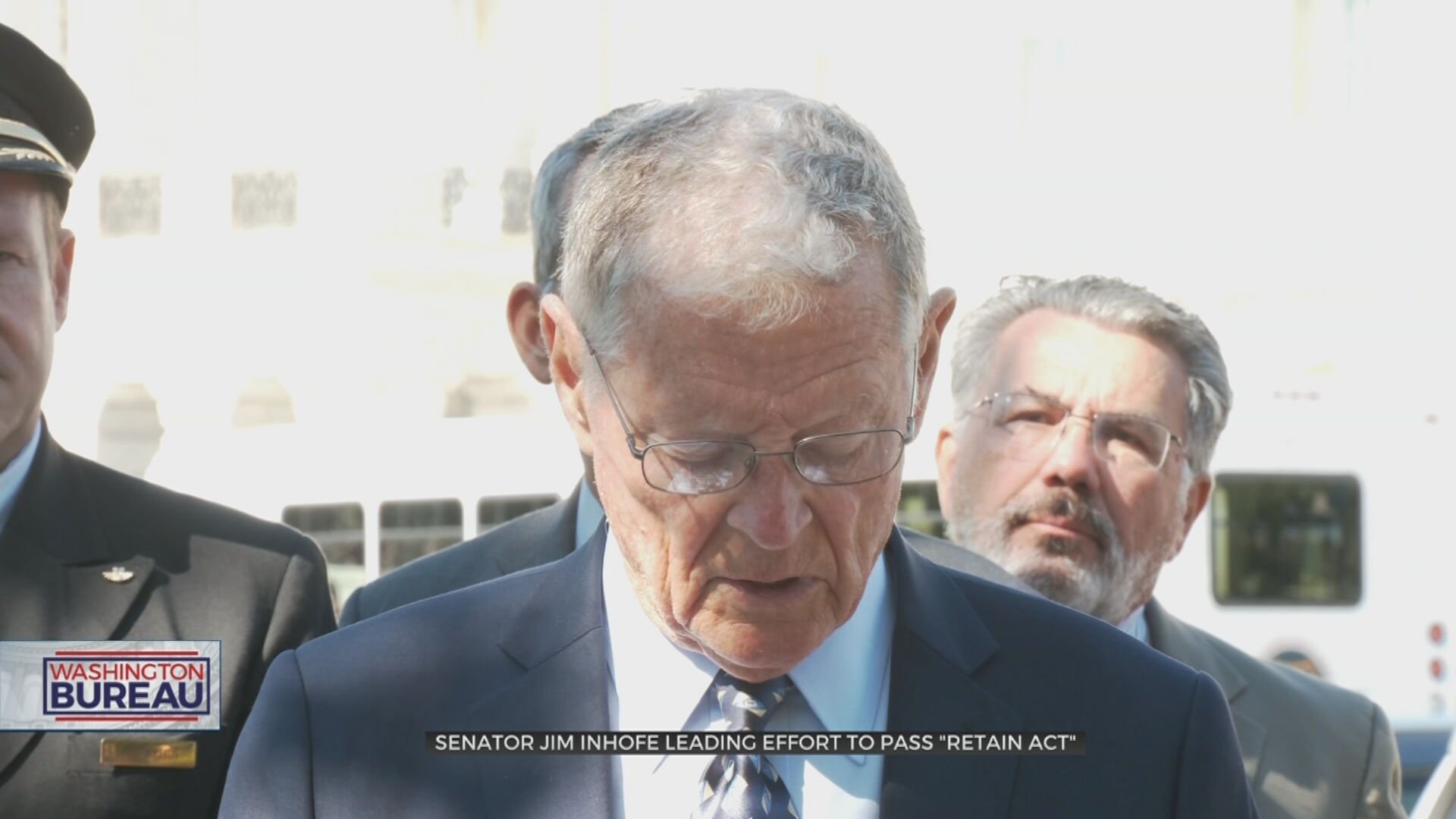 Oklahoma Senator Jim Inhofe is spearheading an effort to protect American consumers and businesses from possible damage to global positioning satellite services and satellite communications. The harm, he and others said, will result from interference from a new 5G network approved last year by the Federal Communications Commission.

Senator Inhofe on Wednesday introduced bipartisan legislation, the RETAIN GPS Act, which would hold Ligado Networks – the company whose application was approved by the FCC – financially liable if its network diminishes the reliability of existing GPS services or satellite communications.

At a press conference at the Capitol on Wednesday morning, Inhofe said it was wrong to expect businesses and individuals to pay to replace or repair GPS or SatCom equipment made unreliable due to interference from the Ligado network.

“How do we know Ligado will cause interference? The FCC told us when it approved the Ligado order,” the senator said, answering his own question.

The April 2020 FCC order allows Ligado to operate a high-power terrestrial communications network in one part of the spectrum, the L-band, right next to the GPS band.

Ligado argued that the FCC had considered all relevant issues and had full authority to make this decision.

But included in the FCC order and cited as evidence by Senator Inhofe and other critics that the FCC is aware that the network will interfere with its L-band neighbor is: “Ligado will repair or replace promptly, according to needs, any US government GPS. devices that suffer or are likely to suffer damage due to interference caused by Ligado’s operations. “

Supporters of Inhofe’s bill, of whom there are many, argue that protecting federal agencies is not enough when you consider the many ways in which GPS and satellite communications are used in the private sector.

For example, an estimated 100 million cars in the United States use GPS in one way or another. Truckers and farmers also use GPS in their vehicles.

“If Ligado will damage satellite communication and GPS,” said Diana Furchtgott-Roth. a former Department of Transportation official, “he should pay the costs of ordinary Americans with their cars, trucks, and tractors, not just the cost of the federal government.”

Robert McDowell, a former FCC commission under Presidents Bush and Obama and now representing one of more than 80 companies publicly opposed to the FCC’s decision, said the agency was generally right, but not in this case .

“Spectrum engineers from across the private sector and 14 federal agencies have opposed the FCC’s action,” McDowell said, “but it continued. de Ligado could cost the US economy billions and billions of dollars by disrupting satellite communications and GPS services. “

Beyond Senator Inhofe’s bill, serious efforts are underway to get the FCC to reconsider the Ligado order before the company can deploy its network. This petition is pending.