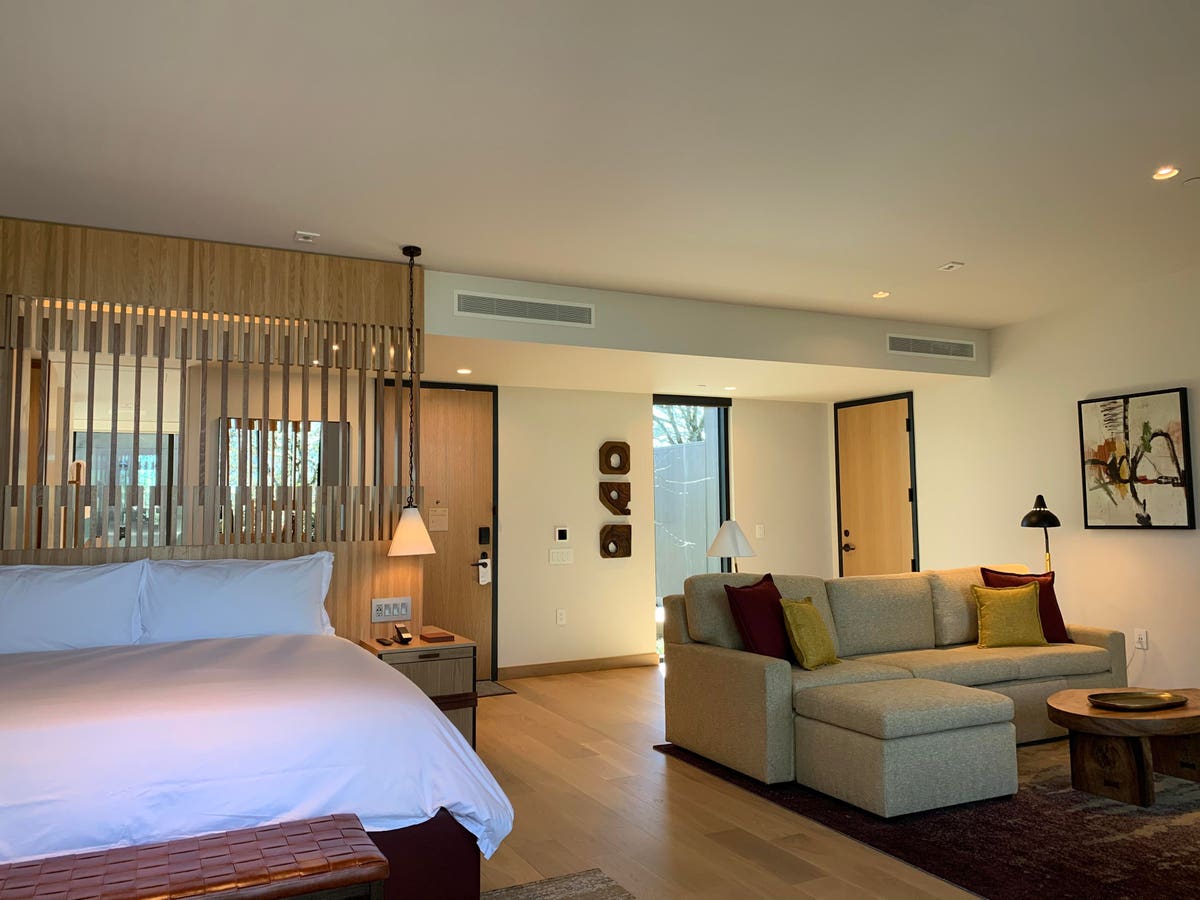 Despite the ongoing global pandemic, which has disrupted the flow of travel to Napa and Sonoma, two notable hotels have opened this year, giving hope for a return to normal. The Montage Healdsburg and the Four Seasons Napa Valley – two highly anticipated companies in the portfolios of their respected brands – have opened with decidedly different vibes, both tailored to the clientele they are sure to attract and focused on luxury offerings from precision.

While Montage Healdsburg (full review here) officially opened at the end of December 2020, it was in 2021 that the property brought new glamor to Healdsburg – not in town around the plaza but a few steps into the vineyards, making sensation in several categories, including design, food and beverage, and service.

The guest quarters, nestled in the wooded hillside, could be described as “Frank Lloyd Wright meets Jorge Gracia,” with their stilted rear terraces, generous windows, and lush, minimalist paradox. Inside, the rooms and suites give off an invitation to relax and sunbathe. The center of the property, around which the rooms are perched, is a winegrower, whose new vines grow under the watchful eye of oenology consultant Jesse Katz. opening cellars.

The main restaurant, Hazel Hill, is an exercise in graceful execution of Franco-Californian classics with a stellar wine list. Consider choosing your wine first and working backwards to the right meal to go with it.

Impeccable service is a hallmark of the Montage experience, and despite the staff shortages we accept as the new Covid standard, somehow this property has risen above it, and the staff From pool attendants to spa therapists to front desk folks – all come together to deliver a smooth experience, whatever your needs.

The all-new Four Seasons Napa Valley (full review here), in the fabulously idyllic town of Calistoga, finally opened in October after nearly a year of Instagram teasers, and its style is more luxurious-farm-meets-vineyard. -immersion: Rooms and suites line the 4.5-acre Cabernet Sauvignon plantation managed by Thomas Rivers Brown, one of Napa’s most sought-after wine consultants, whose own winery, Elusa, is located on the property. It’s a new concept in luxury hotels, and it’s sure to woo visitors when the news spreads, especially because hyper-local wines are priced for affordability (in Napa terms), more $ 100 a bottle than the often seen $ 200 + price tag.

The accommodations are spread over one of the two floors of each farm building, and the choice between lower and upper floors is an exercise in contrasting aesthetics. The lower rooms look like caverns, dark and sultry, designed to invoke the wine cellar and to keep you cool in the summer sun. These have juxtaposed, white and well-lit bathrooms. Superior Rooms are light and bright and have darker bathrooms, continuing the mirror theme. All have wine refrigerators and Steinbeck’s nifty designer touch Grapes of Wrath mounted like a work of art on the wall, a tribute to the unpredictability and resilience of this destination wine region.

Truss, the establishment’s central restaurant, is still waiting for the chef of his dreams to lead the dining side, but Four Seasons veteran Shaun Acosta does very well on the laid-back ‘lounge’ side with excellent huevos rancheros at the restaurant. breakfast and nice crispy trout in the evening.

One of the biggest perks of staying here is for parents traveling with their children – Kids for All Seasons is a day camp for ages 5-12 that is offered by reservation, free of charge.